Why are Cane Toads an Issue in Australia?

Like most of Australia’s feral animals, cane toads were introduced to Australia. Originally from South and Central America, they were brought to Australia in 1935 by Queensland’s sugar cane industry as an attempt to control pest beetles, before agricultural chemicals became widespread. 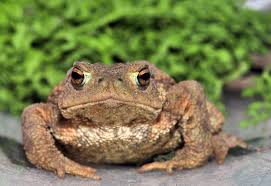 However, with no native predators or diseases that affect them, cane toad populations have quickly become unmanageable. Located mainly in Australia’s northern landscape, they’re now moving westward at a rate of roughly 40 to 60 kilometres per year.

By 1995, cane toads had spread as far north as the Northern Territory and by February in 2009, they had crossed the border into Western Australia, which is more than 2000 kilometres away from where they were originally introduced in Queensland. Their population has also spread south, with cane toads finding their way down to Byron Bay and the north coast of NSW.

How Does the Spread of Cane Toads Affect the Environment and Australian Wildlife?

In Australia, cane toads don’t have any natural enemies. This means that their numbers have been able to spread tenfold and extra care needs to be taken by animal control agencies in Australia to control feral cane toads.

Their toxin can kill most native animals that normally eat frogs, which makes them dangerous to both native fauna and pets like cats and dogs.

One of their biggest attributes that have made widespread population growth such a big problem in Australia is their ability to survive in a range of habitats, including natural, urban and disturbed areas. They also have a voracious appetite and will happily eat a lot of different foods, especially insects.

Large breeding rates also lead to rapid colonisation and domination in areas where their population can negatively impact the number of native frogs. Native frogs are an important part of the Australian ecosystem because they eat insects that would otherwise become pests and are an essential food source for many native animals.

In recent years, native frog populations have decreased, with some species facing the threat of extinction. It’s believed the rapid growth in cane toad populations is partly responsible for this decline in frog numbers.

Why are Cane Toad Toxins so Dangerous?

Cane toads release poison as a form of defence. Adult cane toads can produce toxins from glands over their upper surface, as well as bulging glands on their shoulders. These glands release venom when the toad is provoked, which can prove dangerous or even deadly for any native animals that mistake them for frogs.

The poison interacts badly with the heart and the central nervous system of any animal that consumes them, but while many animals have learnt to avoid their poisonous glands, a lot are still affected by the poison that is absorbed through the eyes, mouth and nose.

Pest control services for cane toads are limited, as there’s currently no large-scale way to eradicate wild cane toads. The best way to reduce their numbers is by collecting the long, jelly-like cane toad eggs from small areas, such as creek or ponds.

However, further research into cane toad populations and how we can protect Australia’s precious ecosystem is currently underway by the Australian government.

When it comes to feral animal control in Australia, Animal Pest Management Services is your go-to company. If you need assistance with any pest control project, or simply need some advice, give us a call today.